Plants with a purpose… 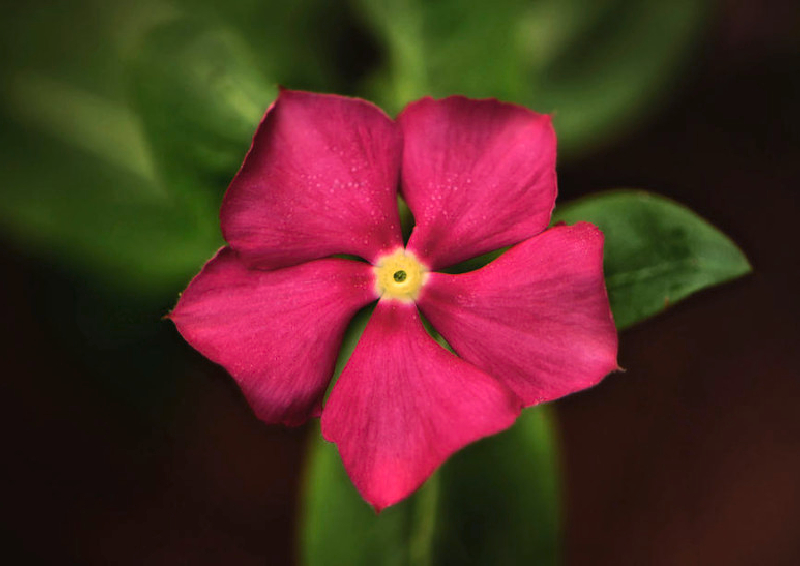 These Vinca alkaloids are isolated from the leaves of the plant and are crucial in the fight against childhood leukaemia and brain tumours. These alkaloids were found to lower the number of white cells in the blood. They work by preventing mitosis (the process of nuclear division in eukaryotic cells that produce two daughter cells from one mother cell each with identical genetic makeup) and it does this during a specific point in mitosis called the metaphase.

Traditional Madagascan healers used the rosy periwinkle for treating diabetes. This led to its study by western scientists who then discovered its anti-cancer properties!

Vinblastine was approved for use in the 1960’s as a chemotherapeutic agent for the treatment of cancer and approximately 500 Kg of dried leaves of the Madagascan periwinkle are required to produce 1 gram!

Eleanor has just completed a year of Vinblastine, given weekly via IV so her body gets little chance to recover between doses. As far as side effects go she tolerated Vinblastine relatively well. No sickness or nausea, no hair loss, maybe a little thinning but her hair is crazy thick so it wasn’t noticeable! She did however feel tired all the time, lose her appetite slightly and her white blood cell count was low meaning she was at a high risk of developing an infection from things that most of us would just breeze through.

It was tough on us as a family, weekly infusions at hospital coupled with weekly blood tests 48 hours before treatment meant Eleanor was never far from a medical professional and a week away from home anywhere was an impossibility.

Let’s hope she gets a break for a while now!