A trip to Moorfields…

On the 5th January 2015 we took Eleanor to Moorfields paediatric walk in clinic and were quickly assessed by a triage nurse and sent in for a test in another room with another nurse. I remember a doctor sweeping into the room a few minutes after we had entered. He addressed Eleanor, but not us, did a brief examination and then turned to a nurse and muttered a few long medical sounding words, why do they do that!?? Most of the things he said went straight over my head but one phrase stuck in my head and made every nerve ending in my body react; ‘gross occlusion’. Occlusion means blockage, right? and what could be causing a blockage!? My mind was on overdrive and after seeing a few more people we were sent in to see a consultant who would be putting some drops in to Eleanor’s eyes to dilate her pupils, this would help the consultant to see more clearly and hopefully be able to tell us why our daughter was struggling to see. The experience was horrible, Eleanor screamed in pain when the drops were put in her eyes and we had to hold her down as she fought and kicked us. It goes against every natural instinct in your body to hold your child down while someone causes them distress, I wanted to help and at the same time punch the consultant.

When medical professionals look concerned, how do you hold yourself together? How do you carry on convincing yourself that everything will be fine?

After the eye drop trauma we were sent up to see Moorefield’s consultant paediatrician. After examining Eleanor he told us an MRI scan of her head would be required to determine exactly why there was such a rapid decline in her vision. He said he would need to call some colleagues at our local hospital, so we were sent to sit in the waiting room. I find it hard to put into words how I felt at that point, I was shaking and probably looked like a rabbit caught in the headlights of a big lorry! Utter panic seemed to wash over in waves, but still, deep down, I had a feeling that it would all be fine. The consultant called us back in and told us that he wanted us to immediately take her to Kingston Paediatric A&E and handed us a sealed letter to give to the paediatric consultant on duty that night. 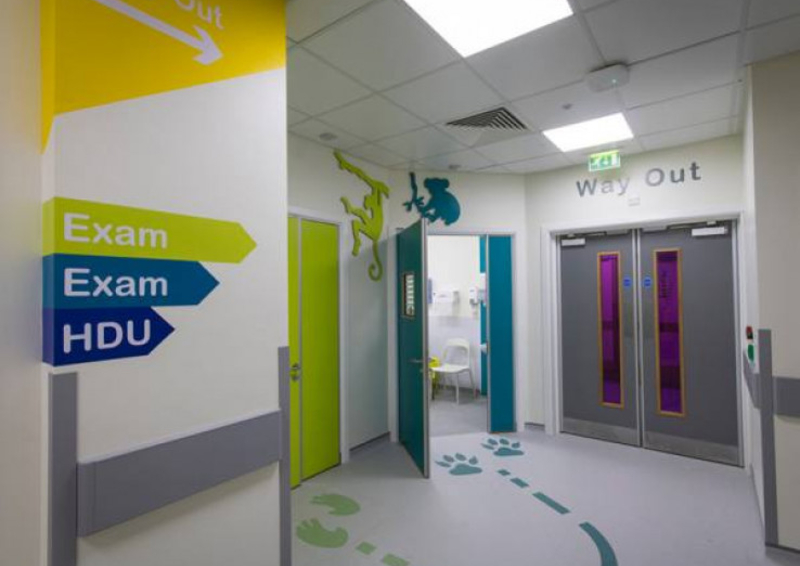 We got the tube home. Eleanor was tired, she had not been very interested in food and it had been a long day for her. She fell asleep on me and I held Tim’s hand tight, all the time staring ahead, tears rolling down my face and every single outcome rushing through my mind.

When we arrived at Kingston Paediatric A&E we were quickly ushered into a room and a local anaesthetic cream was placed on Eleanor’s hands so they could take some blood without causing her too much distress. We were in A&E for a few hours in total while examinations were performed by a couple of different doctors and a blood test was taken. On the surface Eleanor appeared in good health, there was no need for her to be admitted and we could go home. The doctors told us an urgent MRI of her head would need to be arranged and that we would get a call with a date very soon.

The waiting game that would become so prevalent in our journey had only just begun.